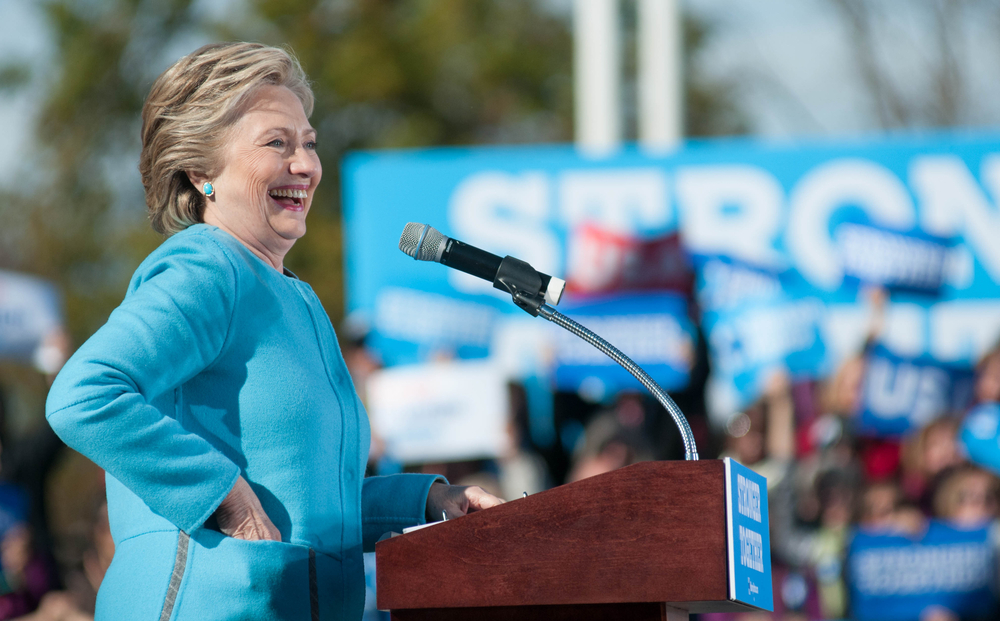 This should change your mind…

Regardless of losing, not once – but two times – Hillary may have a plan of attack in her back pocket.

At this point though, what matters most to Clinton may not be getting the White House, but simply beating President Trump… since she couldn’t the first time.

I’m not sure if it’s because she’s a Clinton or if she’s really starting to lose her mind, but Hillary recently stated that she “could certainly win the 2020 presidential election” if she were once again pitted against President Donald Trump, according to The Daily Caller.

“Maybe there does need to be a rematch. I mean, obviously I can beat him again,” Clinton claimed on PBS Newshour. She was obviously referring to the popular vote because as we all know… she lost.

On the show, Clinton was asked about President Trump’s recent tweets where he “dared” Hillary to run again.

Clinton responded by stating, “It truly is remarkable how obsessed he remains with me… But this latest tweet is so typical of him. Nothing has been more examined and looked at than my e-mails. We all know that. So he’s either lying or delusional or both… so maybe there does need to be a rematch. Obviously I can beat him.”

No Hillary, what’s remarkable is thinking that you stand a chance.

“But just seriously, I don’t understand… I don’t think anybody understands what motivates him other than personal grievance, other than seeking adulation. I said during the campaign, there was no other Donald Trump. What you saw was what you were going to get, and I think a lot of Americans understandably thought, oh no, that can’t possibly be the case. Once he’s in office, he will certainly moderate his behavior. Well, we see, no, he hasn’t,” continued Hillary.

Despite what she says about Trump, Hillary will still play his game, and her latest tweet proves it…

I think that Crooked Hillary Clinton should enter the race to try and steal it away from Uber Left Elizabeth Warren. Only one condition. The Crooked one must explain all of her high crimes and misdemeanors including how & why she deleted 33,000 Emails AFTER getting “C” Subpoena!

Clinton claims she will not be running for president a third time, but her actions say otherwise, like her book tour.

Chelsea Clinton shares how many of the women featured in her and her mother’s book #GutsyWomen were introduced to her by “extraordinary teachers who thought that history and science and social studies shouldn’t just be the province of straight white men.” pic.twitter.com/mD8cj2uAxI