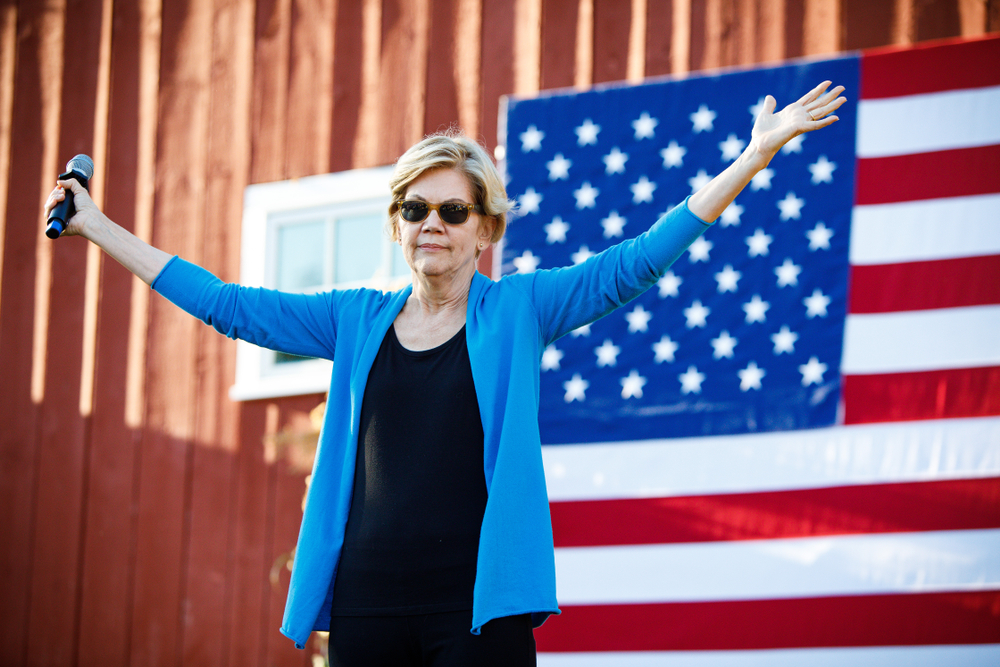 When it comes to Massachusetts Senator Elizabeth Warren, nothing is what it seems.

Warren – one of the presidential front-runners – continues to portray herself as the ultra-left-leaning progressive candidate… but we know that hasn’t always been the case.

Since becoming a candidate, Warren has lied again and again.

And her latest one could cost taxpayers TRILLIONS.

Like the other progressive candidates, Warren is promising FREE college.

But not too long ago, Warren was fighting against it.

In fact, from 2006 to 2015, Elizabeth Warren pushed a proposal that addressed the student loan crisis. Her plan would allow “any student who is willing to work” to pay off their debt by performing public service, according to the Daily Caller.

In her proposal “Service Pays”, Warren claimed the core of the plan was to allow any student to take out loans and have the chance to go to college, “but the debts must be repaid.”

That doesn’t sound like her plan today which would send a student off to college worry-and-debt-free.

It seems that since her decision to run for the White House her stance has changed to fit the new “radical” persona she’s trying to be.

Now, as a presidential candidate, Warren is blaming the “wealthy’s corrupt influence” on politicians for the student debt crisis and urging the rich to be severely taxed in order to wipe out student debt and even cost of tuition.

According to the report, Warren revealed her plan in April to cancel out 95% of student debt claiming loans should not have been issued in the first place. But in 2006, Warren actually bragged about the benefits of student loans being given out because it would enable students to graduate and jump into the workforce sooner.

Warren worked tirelessly on her “Service Pays” proposal just a few years back. She touted it would allow any student regardless of their family’s income or circumstances the chance to go to college, but the debts “must be paid.”

She wrote all about it in blog posts that dated back to 2006, ironically, those posts have since been deleted due to her “change of heart” but The Daily Caller Foundation was able to dig them up.

Perhaps the biggest Warren’s biggest lie isn’t how she feels about student loans or free college, but rather what she’s NOT telling American taxpayers it’s going to cost.

By the way, Warren’s free college policy would cost the “wealthy” roughly $1.25 TRILLION in just 10 years.