[VIDEO] Leaked Trump Footage Has AOC and the ‘Squad’ FUMING 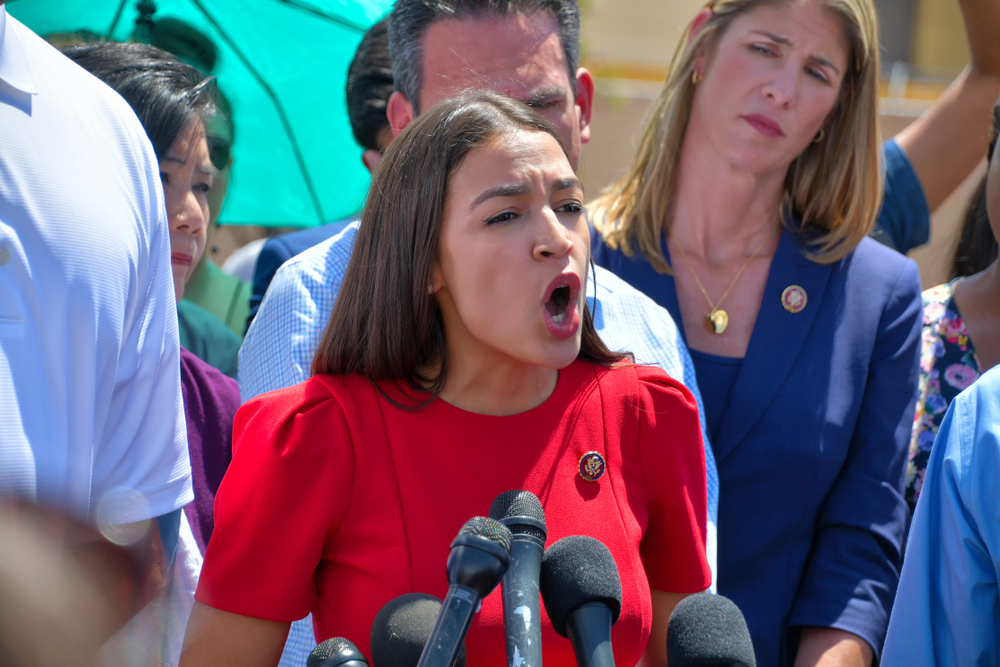 Alexandria Ocasio-Cortez and the rest of her self-described “Squad” thought they had President Trump right where they wanted him after blasting him in a press conference earlier this week.

But it’s Trump that got the last laugh!

As first reported by The Gateway Pundit, President Trump posted a new patriotic video Wednesday with a blunt message for AOC, Ilhan Omar, and the rest of their friends.

The video comes a day after Democrats rallied around the “squad” in a House vote attacking Trump over his criticism of them.

Following a minute-plus compilation video, set to Lee Greenwood’s classic song God Bless the U.S.A., of President Trump in pro-America, flag-waving settings with Americans of all backgrounds–with an emphasis on the military and border patrol–the video concludes with a direct message: America One “Squad” Under God.

Check out the amazing video you know has AOC and her buddies in an absolute tizzy!