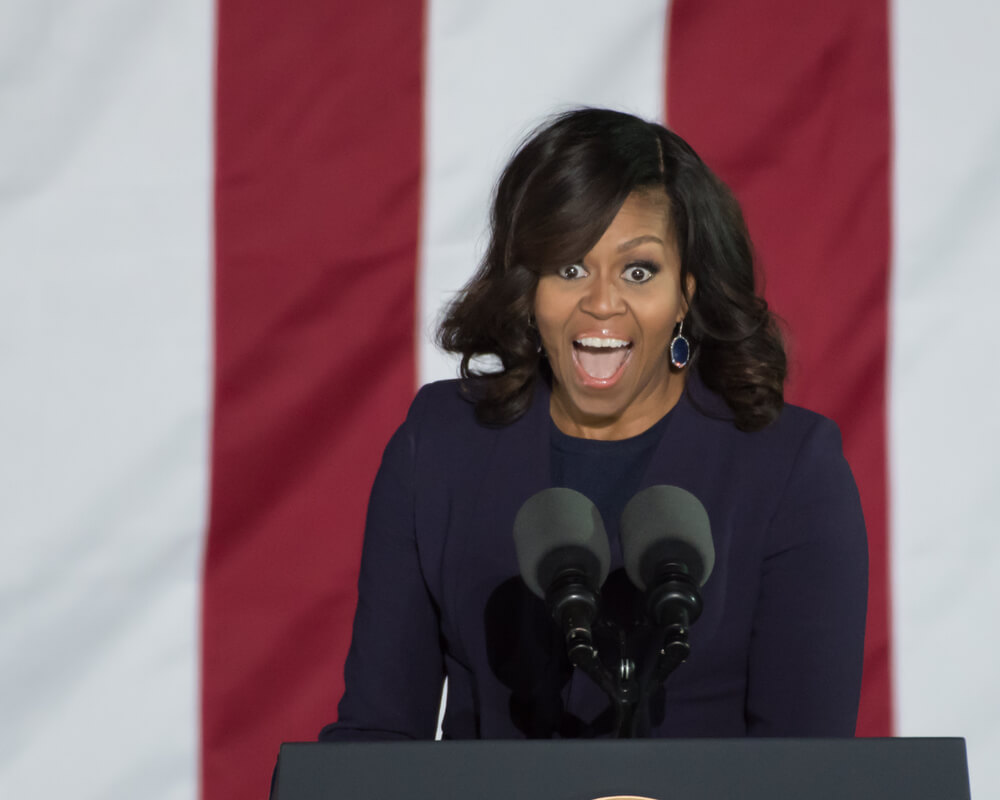 As the 2020 Democratic candidates continues to dig their own political graves each and every day, it looks more and more likely that we will see another four years of President Donald Trump in the White House.

Joe Biden is too old (and scandal-ridden), Bernie Sanders and Elizabeth Warren are too radical, and the rest of the bunch… too clueless.

Now one of the biggest (and loudest) liberal minds in the world just announced how he thinks Democrats can defeat Trump in 2020… and it’s with Obama.

According to a report from The Daily Wire, liberal filmmaker and documentarian Michael Moore declared that only a person whose last name "rhymes with Obama" can beat Trump. The only silver bullet to finally put to death the reign of the Democrats' archnemesis is "Michelle Obama."

"Everybody watching this right now knows she is a beloved American and she would go in there and she would beat him," Moore told MSNBC.

Beating Trump in total votes is not enough, he said, pointing to twice-failed presidential candidate Hillary Clinton garnering 3 million more votes than Trump only to be drowned in red on the electoral map. What Democrats need is a "street fighter," Moore said, because they can't remove Trump without first "crushing" him.

"The only way to remove Trump is to crush Trump," said Moore. "And that’s the question that has to be asked, who can crush Trump? Who’s the street fighter?"

In his famous 2016 Trump analysis, Moore listed five reasons he believed Trump would win, including his appeal to the Rust Belt voters, backlash among "angry white men," Hillary's widespread unpopularity, including among Democrats, the "depressed Sanders vote," and "the electorate’s ability to be mischievous" and vote for a nonpolitical figure who shakes things up.

Moore has also been vocal in predicting that Trump will win again in 2020… but said in only a way Moore could say.

am sorry to be the bearer of bad news, but I gave it to you straight last summer when I told you that Donald Trump would be the Republican nominee for president," Moore famously wrote in a post on his website titled "5 Reasons Why Trump Will Win." "And now I have even more awful, depressing news for you: Donald J. Trump is going to win in November. This wretched, ignorant, dangerous part-time clown and full time sociopath is going to be our next president. President Trump. Go ahead and say the words, ‘cause you’ll be saying them for the next four years: 'PRESIDENT TRUMP.'"

Michael Moore is a lunatic… but perhaps he’s right about Michelle Obama.  But unfortunately she’s not running for anything!