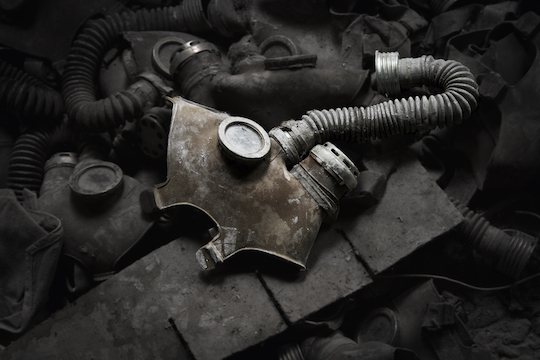 There’s a looming danger you probably don’t know about.

It’s like something out of a Jack Ryan or Jason Bourne spy-thriller… but today it’s a reality.

In short, this would undoubtedly cripple the U.S. military and plunge the entire nation into darkness and wreak complete havoc on absolutely everyone.

A congressional committee tasked with the oversight of this situation recently stated in a report, ” The United States critical national infrastructure faces a present and continuing existential threat from combined-arms warfare, including cyber and manmade electromagnetic pulse (EMP) attack, ad a natural EMP from a solar super storm.”

Although a threat like this has been around since the Cold War era, nothing compares to the strength it would have today.

They claimed, “Within the last decade, newly nuclear-armed adversaries, including North Korea, have been developing the ability and threatening to carry out an EMP attack against the U.S… Such an attack would give countries that have only a small number of nuclear weapons the ability to cause widespread, long-lasting damage to U.S. critical national infrastructure, to the United States itself as a viable country, and to the survival of a majority of its population.”

So what exactly is EMP?

It’s a burst of electromagnetic energy from a solar storm or nuclear blast capable of disabling or destroying electronic devices over wide areas.

According to the report, China, Russia and Iran consider the use of high-altitude nuclear blasts as “sixth generation warfare” that can and will cripple the ability of U.S. military to wage war using advanced electronic systems for intelligence, navigation, and precision weapons guidance.

The report also outlines that however, the damage is limited to electronic components and systems, enemy leaders do not consider this attack as an act of nuclear warfare that would bring U.S. nuclear retaliation.

Instead, it’s more lethal power may be the aftermath.

“Potential adversaries understand that millions could die from the long-term collateral effects of EMP and cyber-attacks that cause protracted black-out of national electric grids and other life-sustaining critical infrastructures.” Explain the report.

In the letter, the EMP commission chairman William R. Graham, urges the Pentagon to develop its own EMP weapons and urges that the President should direct that a limited nuclear option for EMP attack be included in U.S. nuclear strike plans to defer foreign states developing EMP arms.
At this point, if the United States isn’t prepared for an attack of this degree, it’ll be like bringing a stick to a gunfight… and the damage could be MASSIVE.