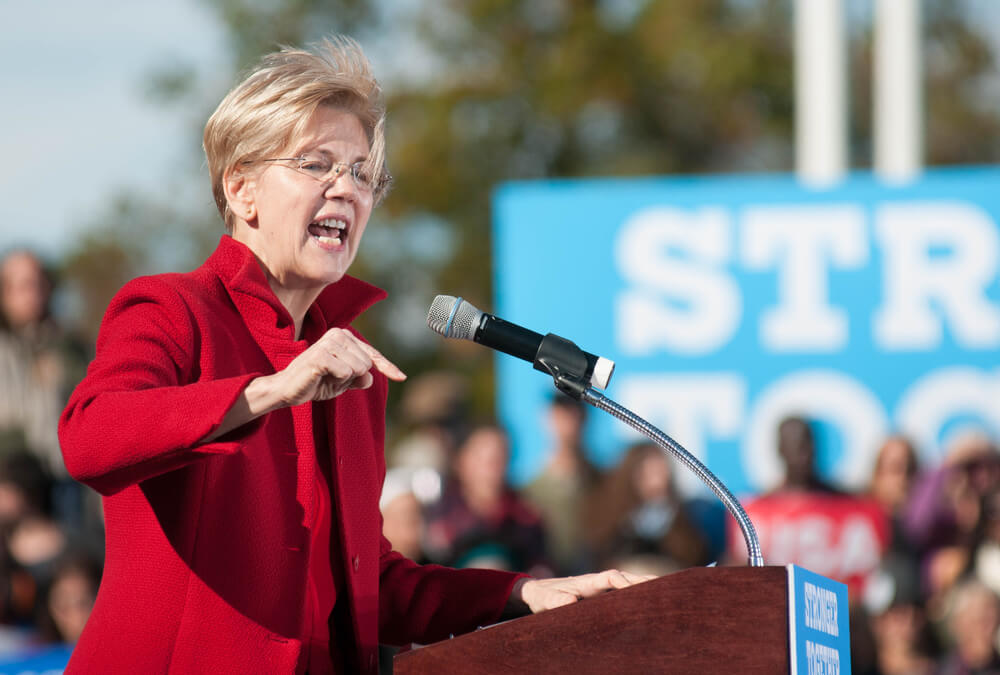 In the wake of two tragic mass-shootings, Democrats have become more aggressive with their attacks on President Trump, mostly blaming him for the deaths.

Democratic candidates like Beto O’Rourke, Elizabeth Warren and Cory Booker have claimed President Trump is a white supremacist who is creating hatred. While socialist Congresswoman Alexandria Ocasio-Cortez even stated Trump was “directly responsible” for the shootings.

But despite all the noise coming from the far left, real aggression is being seen by liberal supporters.

That’s right, those that support the very people named above who are blaming the President.

The Gateway Pundit reported that a group of rabid activists protested outside of Senate Majority Leader Mitch McConnell’s home in Kentucky and shouted death threats like “stab him in the heart!”

The group was made up of left-leaning supporters.

Capitol Hill Communications Director, Ben Goldey, reported on Twitter – “A woman is on Facebook Live, outside of Senator McConnell’s home in Louisville, saying she hopes someone “just stabs the mother f**ker in the heart, please.”

This all took place as McConnell was in his home recuperating from a broken shoulder, and the angry mob outside of his home was yelling “F*ck Mitch!” on a bullhorn according to the report.

According to the Gateway Pundit, the leader of the mob is an avid Elizabeth Warren supporter.

Take a look at the chaos for yourself…

The video was sourced from this tweet and the person who appears to be recording it plainly states in the video that she wants people to share her video. pic.twitter.com/MSOoy7O8qq