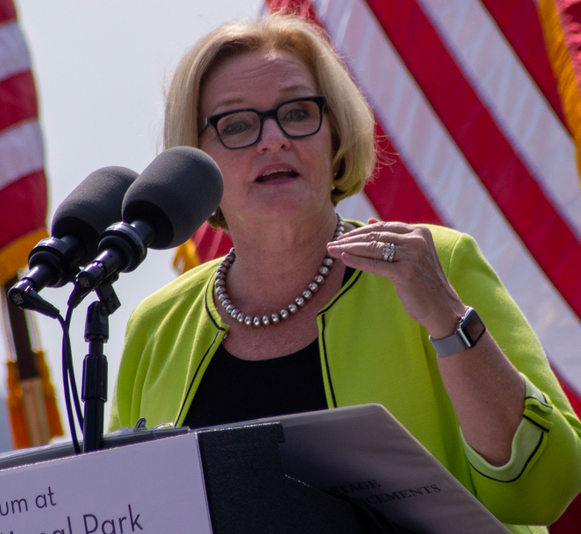 It is election season, and you know what that means.

For some crooked politicians, it means saying ANYTHING – and we do mean anything – to sway voters to put them in office.

But this latest stunt by one top Democrat is a complete DISGRACE.

This report reveals how far McCaskill and her staff chose to hide their real agenda because they were afraid “it would hurt her ability to win” as one staffer is caught saying.

In the video, McCaskill and her team are shown admitting – to someone they think is a campaign volunteer - her support for a ban on semi-automatic weapons, bump stocks, high-capacity magazines and other far-left policies she has previously publicly denied.

But this video shows more than just one Senators true colors, it reveals just how far and corrupt the Democrats will go to win. Even if it means running a campaign entirely on LIES.

Rob Mills, one of McCaskill’s campaign members, admitted she can’t be open about her policies because “she has a bunch of Republican voters” and it would hinder her chances at being elected.

Another, Nicolas Starost, is shown on the video claiming former President Barak Obama is NOT campaigning for McCaskill so she isn’t seen as too far-left, even though she believes in the very same policies Obama did.

Starost claims “Because of how like, cause he’s a very liberal candidate… And like… Claire distancing herself from the party is gonna help her win more votes than it will saying like: ‘Oh here’s Obama, the former President of the United States, to now speak on my behalf.’ Which is unfortunate because I love Obama to pieces, and I’d love to see him come here.”

Later, a third member of McCaskill’s campaign team was asked “It’s like we have to lie to get elected”, she quickly responded “ESSENTIALLY”.

Don’t believe us? Check out the jaw dropping footage for yourself. You’ll be FURIOUS.