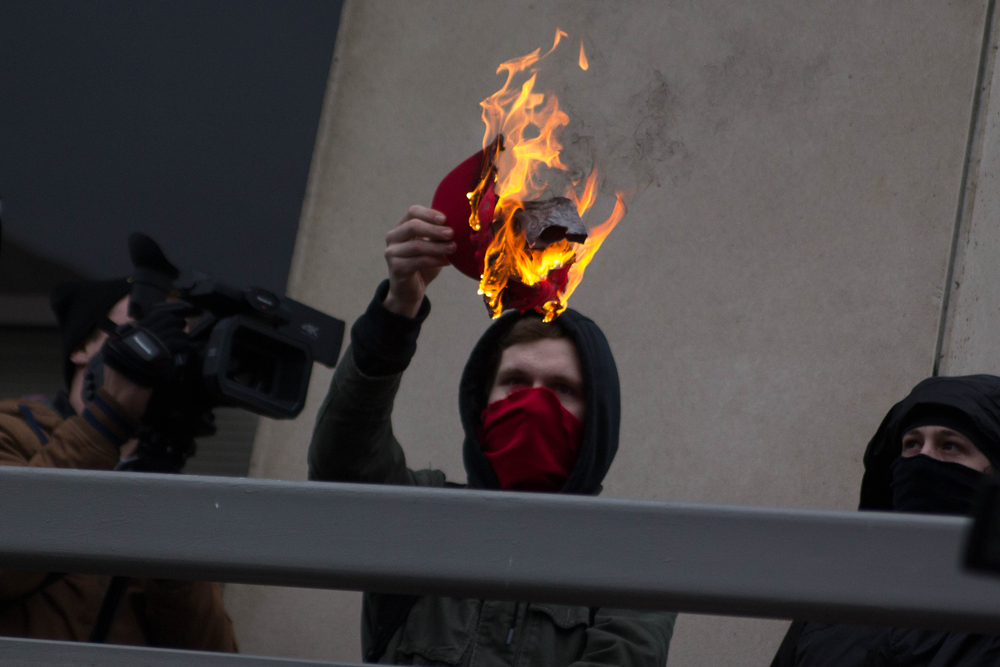 They’ve intimidated, harassed, and even tried to MURDER American citizens.

Yet time and time again, Antifa thugs have been given a forum to protest and in most cases wreak havoc in cities across the country.

But the Justice Department just dusted of a little-known law that could finally put these domestic terrorist GOONS where they belong… behind bars!

According to a report from Newsmax, the Department of Justice is breaking out a rarely used 1968 anti-crime measure known as the "H. Rap Brown Law" to launch prosecutions of both the far-left Antifa and white supremacists.

Officially known as the Anti-Riot Act, the law makes it a federal crime to cross state lines "with intent (A) to incite a riot or (B) to organize, promote, encourage, participate in, or carry on a riot."

Sources in the prosecutorial community who spoke to us agreed the law would easily apply to Antifa after its role in the nationally watched (and often violent) demonstrations against the fascist "Proud Boys" in Portland, Oregon, this weekend.

While the DOJ hasn’t specifically said it will enact the law to go after Antifa directly, signs are pointing to this eventually happening.

According to the Newsmax report, sources within the DOJ pointed investigators to the U.S. Attorney's office in West Virginia, which has already used parts of the "Brown Law." This was in the successful prosecution of four California-based white supremacists for being part of a conspiracy to incite a riot at the August 2017 "Unite the Right" rally in Charlottesville, Virginia. (All three pled guilty and received prison sentences.)

Enacted as part of the 1968 Civil Rights Act, the measure also makes it a federal crime to use interstate commerce such as telephone, radio, or other forms of communications "with intent (A) to incite a riot or (B) to organize, promote, encourage, participate in, or carry on a riot."

The law is named after H. Rap Brown, world-famous black militant and leader of the Student Non-Violent Coordinating Committee (SNCC). Brown, who once said violence "was as American as cherry pie," was widely believed to have gone into various major cities to launch some of the major race riots of the 1960's.