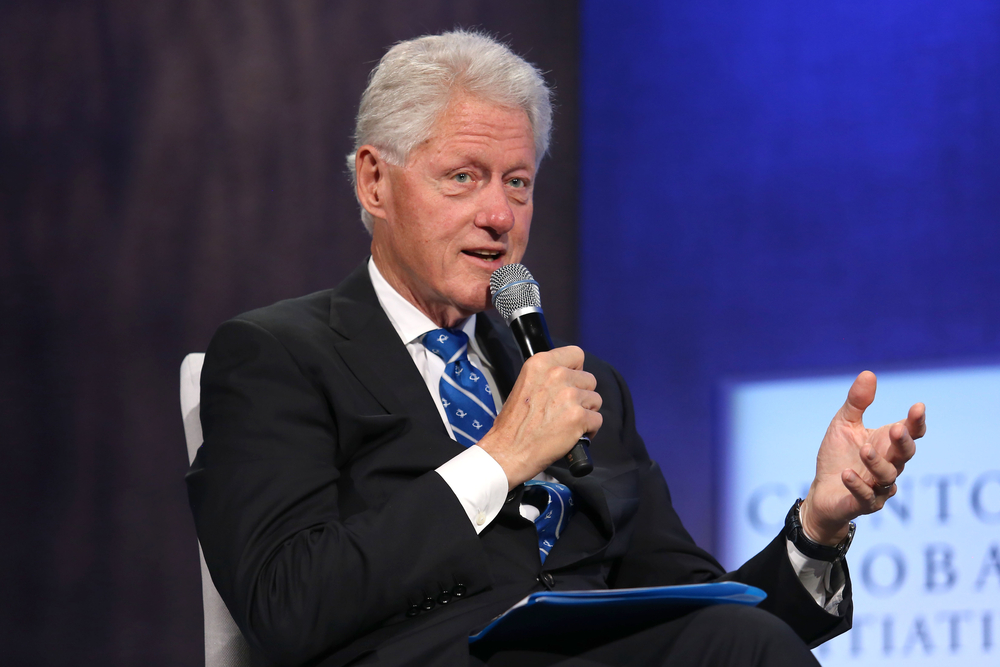 But lost in their insatiable appetite to boot Trump out of office is their own, scandalous hypocrisy.

And it involves former Bill Clinton and RUSSIA!

According to a report from The Washington Times, in the spring of 1996, then-President Clinton was seeking reelection when he met in Egypt with Boris Yeltsin, Russia’s first post-Soviet leader who was also facing a tough reelection battle.

And according to a leaked memorandum of conversation obtained by The Times, Clinton pressured the Russian leader by offering U.S. political support for Mr. Yeltsin’s reelection — with just one catch: Russia first had to lift a ban on U.S. chicken imports, imposed over concerns that the poultry was tainted with bad bacteria.

Can you say QUID PRO QUO!

We’ll admit, on the surface this doesn’t seem like an egregious deal.

BUT, here’s where things get shady…

“This is a big issue, especially since about 40% of U.S. poultry is produced in Arkansas,” Clinton told the Russian leader in Sharm el-Sheikh. “An effort should be made to keep such things from getting out of hand.”

But according to the report, what Clinton did not mention that most of that Arkansas chicken was produced by Tyson Foods Inc., whose chairman, Don Tyson, was a close friend and political supporter. Mr. Tyson owned the $4 billion company, which was the world’s leading chicken processor.

In other words, Bill Clinton had everything to gain from a quid pro quo deal with Russia… yet nobody seemed to bat an eye at it (especially Democrats).

According to The Times report, Andrew McCarthy, a former federal prosecutor, said the Clinton-Yeltsin exchange is similar to Trump’s case.

“It goes to show that virtually all foreign exchange involves quid pro quo, and presidents typically conduct policy with an eye on politics,” McCarthy said. “It further demonstrates that today’s pearl-clutching about foreign interference in elections conveniently omits various instances of meddling in other countries’ elections by American presidents and members of Congress.”

Yet the blind hatred for Trump is leading Democrats down a road they refused to touch with Clinton.

Can you say, HYPOCRISY?!