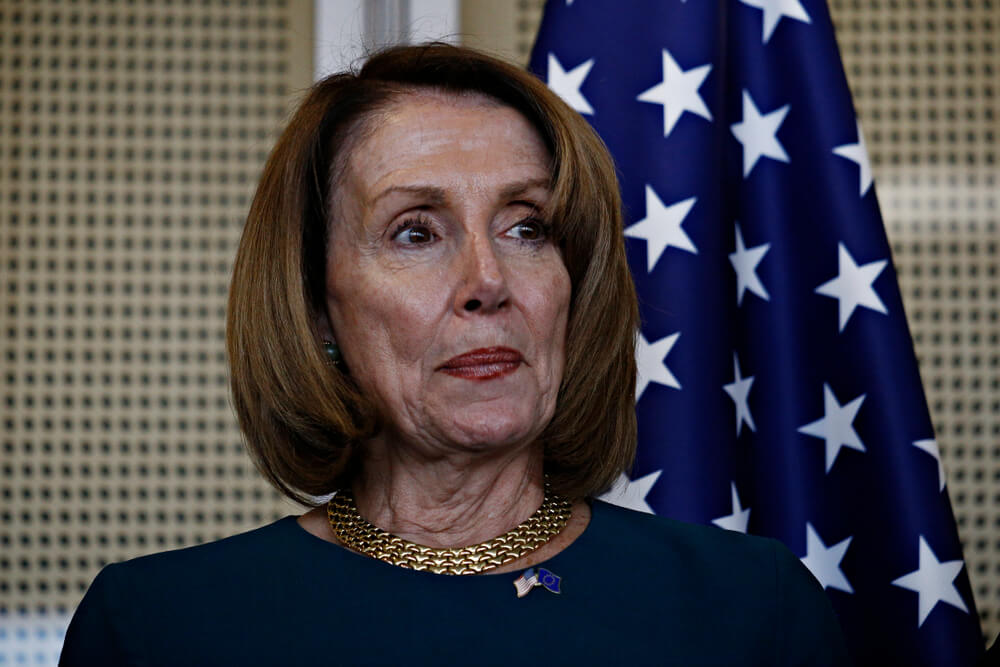 House Speaker Nancy Pelosi has been putting her hatred towards President Donald Trump before the needs of the American people for nearly three years now.

Remember when she denied Trump his border funding and that led to the longest government shut down in the country?!

Well, Pelosi has finally found herself between a rock and a hard place and has no other option than to work with the president.

The Daily Caller reported that the Speaker of the House stated that she along with other House Democrats are prepared to work on an emergency funding bill to help alleviate the crisis at the United States-Mexico border.

Not too long ago Pelosi and her fellow Democrats claimed the border crisis was “manufactured” but after pressure from the public and Trump they’ve had to quickly flip their narrative and assist the out of control border situation with extremely high numbers of asylum seekers.

Trump and his administration have been begging Congress to approve the emergency spending, repeatedly pointing out that the Department of Homeland Security and US Customs and Border Protection aren’t properly equipped to handle the 100,000-plus migrants showing up at the border every month according to the report.

In fact, the number of asylum seekers showing up are nearly 10 times what DHS and CBP are able to handle, which is what has caused so many to face detainment until they can be given a hearing.

But up until just last week Democrats have been more than happy to completely ignore this crisis.

Perhaps it wasn’t until Members of Congress like Alexandria Ocasio-Cortez began referring to the border facilities where people are being held as “concentration camps”, which obviously sparked controversy both in and out of the Party.

And now that Democrats don’t want to be held responsible for allowing a humanitarian crisis to go any further, they’ve finally stepped up to the plate.

Democrats – including Pelosi – have finally agreed to a $4.5 billion emergency spending bill that authorizes $934.5 million for “processing facilities, food, water, sanitary items, blankets, medical services, and safe transportation” and “$866 million to reduce reliance on influx shelters to house children,” as well as “$200 million for an integrated, multi-agency processing center pilot program for families and unaccompanied children, with participation by non-profit organizations,” according to Town Hall.

It’s just a shame the humanitarian crisis had to grow to this level in order for the Democrats to pay attention.