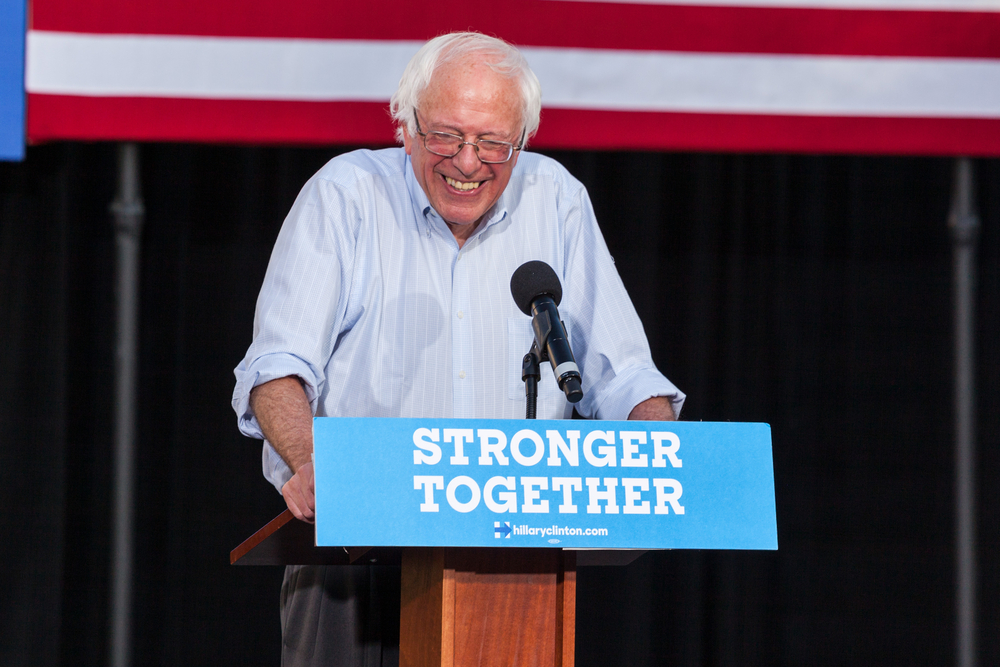 Bernie Sanders is a straight-to-the-point politician with his extremely radical ideas… But he’s also a massive hypocrite, first reason being the “friends” he keeps.

The Daily Wire reported that at a campaign event at Southern New Hampshire University, Sanders appeared with loud-mouth anti-Semitic Rep. Ilhan Omar and even called her “one of the most extraordinary people in American politics.”

For starters, Senator Sanders is Jewish, and Ilhan Omar is a hard-hitting anti-Semite.

So it might come as an even bigger surprise that at another recent campaign event, Sanders again had Omar on stage with him and said the following:

“I want to thank all of you for coming out this evening and especially want to thank Congresswoman Ilhan Omar for coming all the way from Minneapolis. This Congresswoman is not only one of the most progressive members of the U.S. House, a leader on so many important issues; she is also one of the bravest member of the United States Congress. She has stood up to more ugliness coming from the highest levels of government than I have ever seen, and I am so impressed by all that she does and so honored to be able to work with her and have her here in New Hampshire tonight.”

Now, the only thing more disturbing than what Sanders said about Omar, is the fact that he reportedly tweeted about Trump that same day…

“Trump is a racist, a xenophobe, and a religious bigot. Our campaign is the strongest to defeat him because it is rooted in human solidarity. Join us live for our rally with @ilhanmn in Nashua, NH.”

Trump is a racist, a sexist, a homophobe, a xenophobe and a religious bigot. Our campaign is the strongest to defeat him because it is rooted in human solidarity. Join us live for our rally with @ilhanmn in Nashua, NH: https://t.co/vArIp7GjiI

But in fact, that statement hits closer to home for Sanders… and his buddy Omar.

Like Judy Aron, a GOP Rep stated, “New Hampshire Democrats have really gone too far. By bringing noted anti-Semite and opponent of Israel Rep. Ilhan Omar to New Hampshire, Democrats are showing how anti-Israel the modern Democrat base it.”

Now, Sanders has had some whacky ideas, but Omar spews pure hatred towards Israel and anyone who supports them.

Omar repeatedly promoted anti-Semitic conspiracy theories and tropes; has refused to deny that she is an anti-Semite; accused pro-Israel groups of paying off American politicians to have dual loyalties to Israel; accused her Jewish colleagues of plotting to take her down by accusing her of anti-Semitism; suggested Israel does not have the right to exist as a Jewish state; and admitted to supporting anti-Semitic Boycott, Divestment, and Sanctions (BDS) campaigns against Israel.