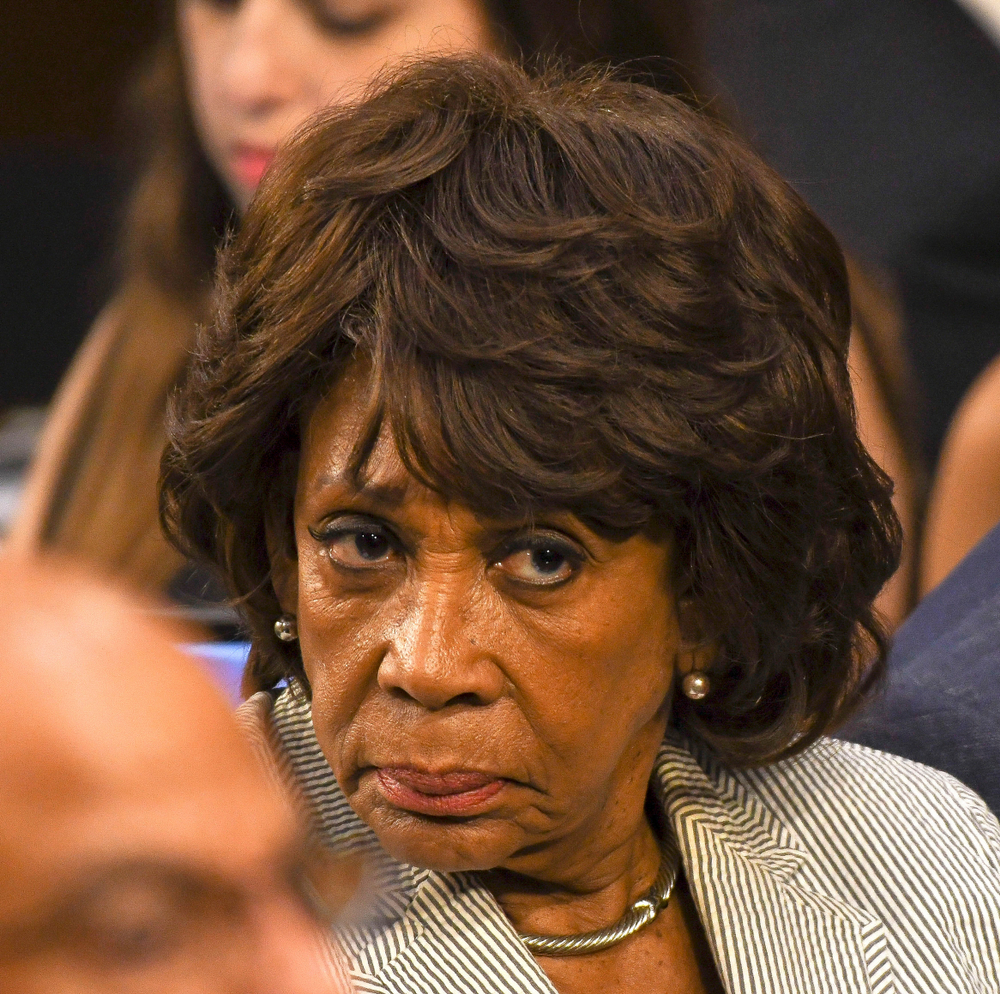 So it’s no surprise that Waters is gladly diving into the Democratic-led impeachment witch hunt of Trump.

But Waters is so hell-bent on moving the impeachment inquiry forward, she’s even willing to target members of Congress… and their families!

According to a report from The Daily Wire, Waters said Republicans are not being patriotic by defending President Trump against impeachment over his phone call with the Ukraine. Speaking on MSNBC, Waters referred to Republican senators as “spineless” for not turning against President Trump, arguing that their lack of patriotism will harm the country.

“I am disgusted with those spineless members of the Senate who don’t have the guts to stand up for this country. Many of them have defined themselves as patriotic. They’re not patriotic. They are spineless and they’re not willing to step up and do what needs to be done in recognizing the danger of this president,” Waters said.

“They’re willing to harm our country, and so, I want all of the American population to understand who is in that Senate, what they’re doing, whether or not they want them to remain there if, in fact, they don’t come forward.”

Waters added that she has no idea how Republicans could “look their children and wives and community in the face” after supporting Trump. Waters opined that Republicans are “frightened” to go against him.

“I have no respect for any senator, any member of Congress, who is not willing to put themselves on the line for this country,” she said.

Bringing in women and children into the fold is a classless move. But a move nobody should be surprised about.

Last week, Waters said Trump should not only be impeached, should but also be placed in “solitary confinement.” She also criticized him for suggesting that civil war could break out in the United States if the Democrats impeached him, arguing it amounted to a racist dog whistle.

Waters also suggested on MSNBC that President Trump’s rhetoric will lead to people like her being killed — even though she previously told anti-Trump extremists to harass members of his administration when out in public.

“[Trump] should not be going after anybody,” Waters told host Ali Velshi. “He is the president of the United States of America. He is setting some of us up to be killed. I have death threats constantly.”

Waters has a lengthy track record of corruption and has zero business inserting herself into this ridiculous impeachment probe.

After all, Waters should have been removed from office years ago!