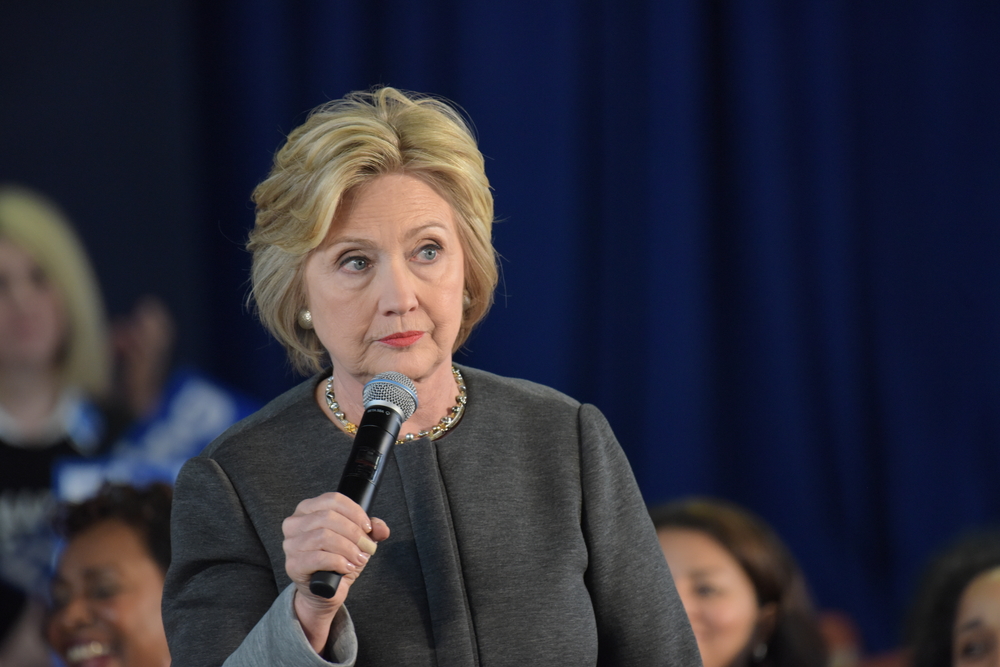 If you think the Ukraine scandal doesn’t go past President Trump and Joe Biden – think again!

Instead, the collusion with Ukraine goes back to the Clinton White House days.

But while Democrats along with Hillary spent YEARS screaming about alleged Russian collusion with Trump’s campaign… It was them colluding with Ukraine and we’ve got the cold-hard evidence.

Glenn Beck and The Blaze got their hands on audio recording that shows Atem Sktnyk, Director of National Corruption Bureau of Ukraine, admitting that he attempted to boost Hillary’s campaign by sabotaging Trumps, according to The Daily Wire.

The connection was made back while Bill Clinton was in the White House and Democratic operative Alexandra Chalupa “had worked in the White House Office of Public Liason during the Clinton administration.” Chalupa later “went on to work as a staffer, then as a consultant, for Democratic National Committee,” state Politico.

It was Chalupa who “raised concerns” about Trump campaign chairman Paul Manafort and even worked directly with the Embassy and reporters to research Trump, Manafort and alleged connections to Russia.

Andrii Telizheknko, a Ukrainian embassy political officer even stated that they “were coordinating an investigation with the Hillary team on Paul Manafort with Alexandria Chalupa,” since the embassy worked closely with her at the time.

There happens to be a lot of he-said she-said in politics, but thanks to The Blaze, we have the written proof to corroborate this story.

Hey, a lot coming down the pipe. I spoke to a delegation of 68 investigative journalists from Ukraine last night at the Library of Congress, the Open World Society forum. They put me on the program to speak specifically about Paul Manafort. I invited Michael Isikoff, who I’ve been working with for the past few weeks, and connected him to the Ukrainians. More offline tomorrow, since there was a big Trump component you and Lauren need to be aware of that will hit in the next few weeks. Something I’m working on that you should be aware of.

But that’s not all…

The Blaze also got their hands on audio recording of a testimony to the whole plot, thanks to Sytnyk who was later “tried and convicted in Ukraine for interfering in the U.S. presidential election in 2016.”

Kolya: Did they, those Russians, help Trump? Your people?

Sytnyk: I think they did. Yeah. I helped him, too. Not him, but Hillary. I helped her.

Sytnyk: Well, this is how they write about it, right.

Kolya: Well, I’m about … the commentaries. At the time, we were not [indiscernible.]

Sytnyk: Trump … his purely inner problem … issue … they dominate over the external matters. While Hillary, she is – how shall I put it? She belongs to the cohort of politicians who comprise the hegemony in the U.S. Both in the U.S. and the entire world, right? For us, it’s … sort of … better. For Americans … what Trump is doing is better for them.

Kolya: Well, we have lots of those American experts here now … [indiscernible.]

Sytnyk: Well, there, you see why Hillary lost the elections? I was in charge of the investigation of their “black accounting” records. We made the Manafort’s data available to general public.

Sytnyk: He was imprisoned. Manafort then was the head of the Supreme Headquarter of Trump, right? Then he was dismissed, too, including due to the “black accounting.” After that, he was sentenced to 80 years of imprisonment term. How about Trump? Did he not give a s***. They have their system working there and it works smoothly.

Kolya: Everybody worked smoothly there.

Sytnyk: And when they carried out the elections, a week before the elections, the FBI reopened the investigation in respect of Hillary. So her rating dropped for 7 percent and that’s why Trump managed to win the elections at a pinch. I’m still unable to understand why he’s fighting with the FBI. They try to catch him on the hand. If it were not the FBI, he would not have won the elections. They torpedoed Hillary’s ratings for 7 percent.

"I don't know how, but the Americans got an audio recording of Mr. Sytnik's conversation: He is resting with his family & friends & discussing how he would like to help Hillary."@glennbeck reveals the Ukraine transcript the media isn't talking about.https://t.co/fZHzqMCZbV pic.twitter.com/9jyMLVwdEB