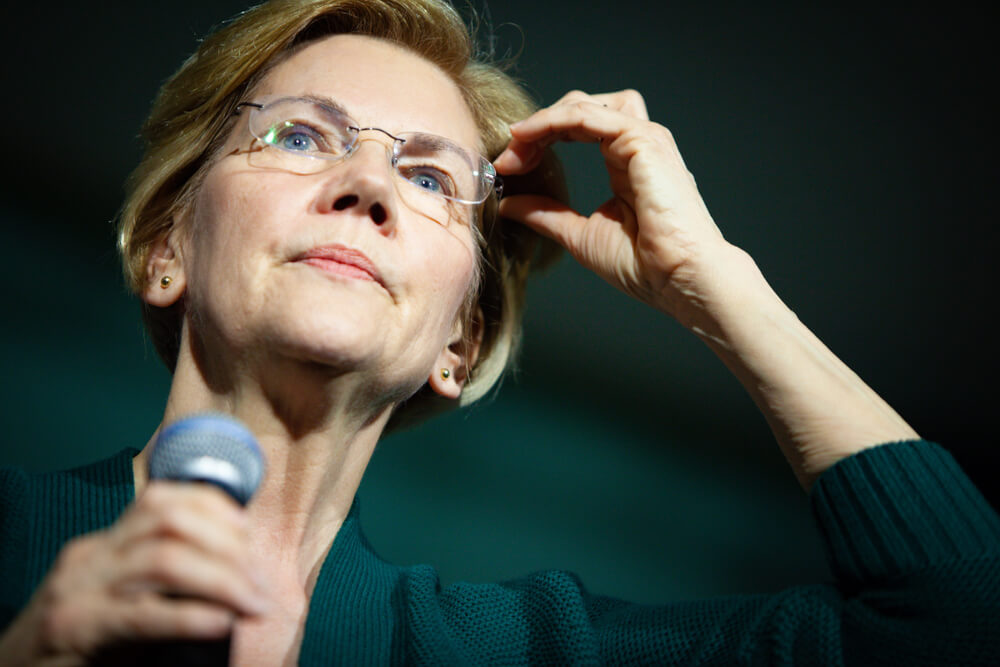 When it comes to Massachusetts Senator Elizabeth Warren, nothing is what it seems.

Warren – the now Democratic frontrunner – has promised voters she would “stand up” to corporate America.

Warren has railed against the excesses of wealthy corporations, and her supporters love it.

Her campaign is making a boat load of cash… from big time corporations she’s promised to stop!

According to a report from The Washington Free Beacon, Warren’s second quarter campaign disclosure reveals maximum donations from the same corporate elite she has pledged to combat as president.

Wow! What a hypocrite!

Warren has long opposed money in politics, complaining of a system that "lets a handful of billionaires shape who gets into Congress" in a 2016 speech. Warren began her campaign by pledging to avoid "wooing wealthy donors," banning big-money fundraisers, and ‘call time’ with prospective affluent donors in the process. Her campaign, however, has cashed checks from numerous megadonors and billionaires.

So who are these megadonors contributing to Warren’s campaign?

Warren received $2,800 from Jeffrey Katzenberg, noted liberal donor and former DreamWorks CEO, as well as $2,800 from his wife. Katzenberg previously acted as Obama's top bundler, funneling more than $6.6 million to the former president between 2008 and 2012. His guaranteed access to the Obama administration generated controversy—the Securities and Exchange Commission investigated DreamWorks in 2012 for alleged bribes to Chinese officials under Katzenberg.

According to the Free Beacon report, Warren previously faced criticism for accepting money from wealthy executives while seeking Senate re-election in 2018, a trend that, despite her promises, has now continued into her presidential campaign.