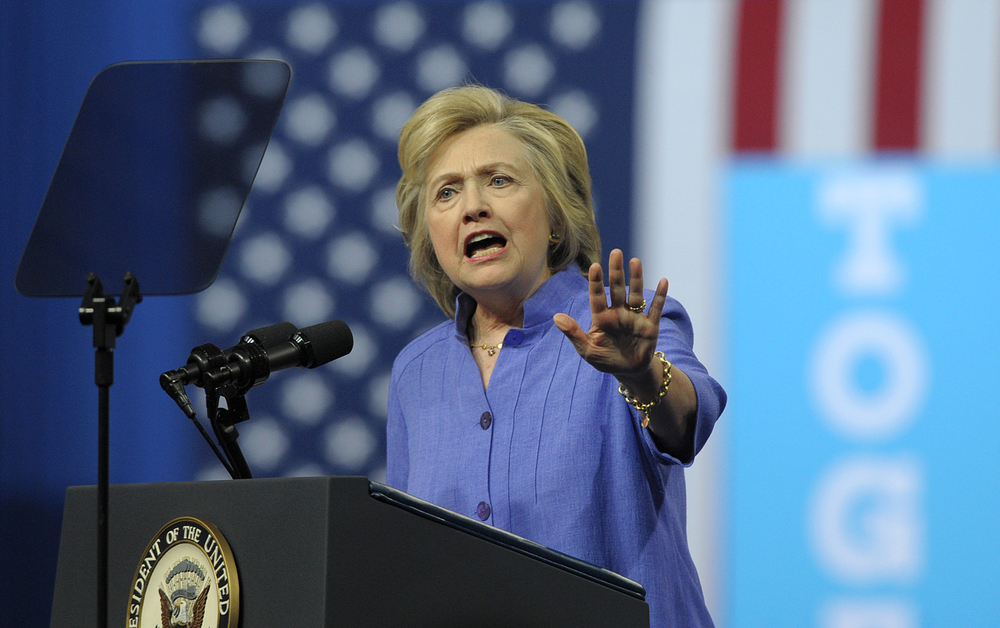 He’s called them ‘fake news’ since the day he was elected president… and CNN has continued to fire back calling Trump an ‘enemy’ of the press.

But a new Justice Department investigation may prove that Trump was right about CNN… and guess who is connected?

None other than Hillary Clinton!

According to an exclusive report from The Daily Caller, the FBI’s top press officer during the Hillary Clinton (and Trump-Russia) investigations accepted tickets to a Washington Nationals game from a CNN correspondent and lied about it repeatedly during interviews with the Justice Department’s inspector general, according to a report obtained by the Daily Caller News Foundation.

Michael Kortan, who served as assistant director of public affairs, displayed a “lack of candor” during multiple interviews under oath with the DOJ watchdog about how he obtained the tickets, who he went with, and whether he reimbursed the CNN journalist, according to the report.

“The OIG…concluded that Kortan lacked candor under oath when he provided answers to OIG’s questions relating to the September 2016 tickets that were misleading and false,” reads the report, which The Daily Caller obtained through the Freedom of Information Act.

According to the report, FBI policy prohibits employees from receiving gifts from “prohibited sources,” including journalists who cover the bureau.

The office of the inspector general (OIG), which is led by Michael Horowitz, discovered Kortan’s contacts with the CNN reporter during a review of his text messages as part of the investigation into the FBI’s activities during the 2016 presidential election.

Kortan’s media contacts and those of other FBI officials are noted on page 430 of the DOJ inspector general’s report from June 14, 2018, regarding the bureau’s handling of the Clinton email investigation.

The full investigative report shows that Kortan resigned from the FBI on Feb. 16, 2018, while the OIG investigation was ongoing. He could not be reached for comment for this story.

As part of the investigation, OIG investigators searched Kortan’s FBI-issued phones and email accounts, as well as his financial records. They also interviewed Washington Nationals security personnel to ascertain the quality of seats that Kortan was gifted.