‘A Confederacy of Dunces’: Another Example of ATone-Deaf MSM 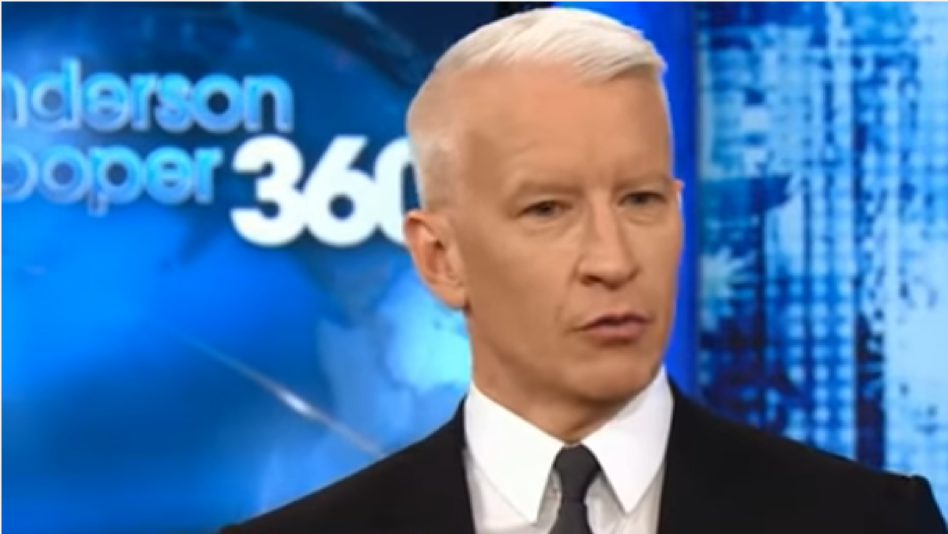 Pro-torture legal scholar Alan Dershowitz was on CNN the other night (Anderson Cooper 360, 5/17/17) arguing that the person who told the Washington Post that Donald Trump had disclosed classified information about ISIS to Russian visitors in the Oval Office was “a felon, a criminal and should go to jail.” After former Obama strategist demurred that publishing leaks was sometimes in the public interest, Dershowitz replied:

I have no problem with the Washington Post publishing it or the [New York] Times publishing it. I do have problems with the people who work for the national security agencies leaking confidential information that may cost lives, may make it much more difficult to detect laptops. Remember, the only way ISIS got this information is through the leak.

Axelrod chimed in: “What about Iran? Professor, what about Iran?” Cooper attempted to back up this claim:CNN’s Anderson Cooper took issue with this last claim. “You can’t say definitively what Russia would have done with the information,” he insisted. To which Dershowitz replied, accurately enough: “They’re not giving it to ISIS. They’re not on talking terms.”

Bashar al-Assad has certainly done things which are actually helpful to ISIS in Syria. It’s not as if Bashar al-Assad is fighting a war against ISIS.

Legal analyst Jeffrey Toobin attempted to clarify: “David is saying he’s allied with Iran”—though it’s not clear whether the “he” in question was Syrian President Assad or Russian President Vladimir Putin. Leading to this finale of the discussion:

DERSHOWITZ: We know the first public disclosure of it came from the leaks from within the National Security Agencies and those leaks should be plugged

Well, we do know, contrary to Cooper’s assertion, that Syrian President Bashar al-Assad is fighting a war against ISIS, along with a variety of other rebel factions. As Newsweek (5/5/17) reported earlier this month:

With support from Russia, Iran and pro-government militias, the Syrian military has secured most of the country’s population centers taken over by insurgents and ISIS earlier throughout the nation’s six-year war. After retaking the former rebel bastion of Aleppo in December, Syrian troops and their allies ousted ISIS from the historic city of Palmyra earlier this year. Representing Syrian President Bashar al-Assad, the forces pushed further Thursday, capturing four areas from the jihadists in Palmyra’s southeastern countryside, according to pro-government Al Masdar News. The Syrian military is aiming to relieve an enclave of fellow soldiers and tens of thousands of civilians under ISIS siege in the eastern city of Deir al-Zour since 2014.

Furthermore, Axelrod’s suggestion that Iran might be sharing intelligence with ISIS is absurd. ISIS’s stance toward Shia Islam, the kind practiced by most Iranians, is openly genocidal: “Shia have no medicine but the sword,” an ISIS video proclaimed, showcasing Shiites decapitated by ISIS’s militants (Independent, 3/20/14).

The Iranian government is predictably hostile toward a movement that would exterminate 90 percent of its citizens. Qasem Soleimani, commander of Iran’s Quds special forces unit, called ISIS “a plague and a grave catastrophe in the world” in explaining why Iran was supporting the government in Syria’s civil war (Al-Monitor, 3/8/15): “We need to quarantine our borders and aid our neighbors so this cancer does not spread to our country.”

Donald Trump was rightly scorned when he gave a foreign policy speech which seemed to not understand the Shia/Sunni division in the Muslim world. The New York Times editorial board (8/16/16) lectured him:

Lumping Iran, which is a Shiite nation, with the Sunni militants of the Islamic State and Al Qaeda makes no sense. In fact, Iran and the Sunni groups are enemies.

Indeed, it’s the kind of thing you’d want a presidential candidate to know. But it’s also something you’d hope that hosts and leading analysts on national cable news networks would understand as well. Dershowitz’s proposal to put journalists’ sources in prison deserves a better retort than this geopolitical nonsense