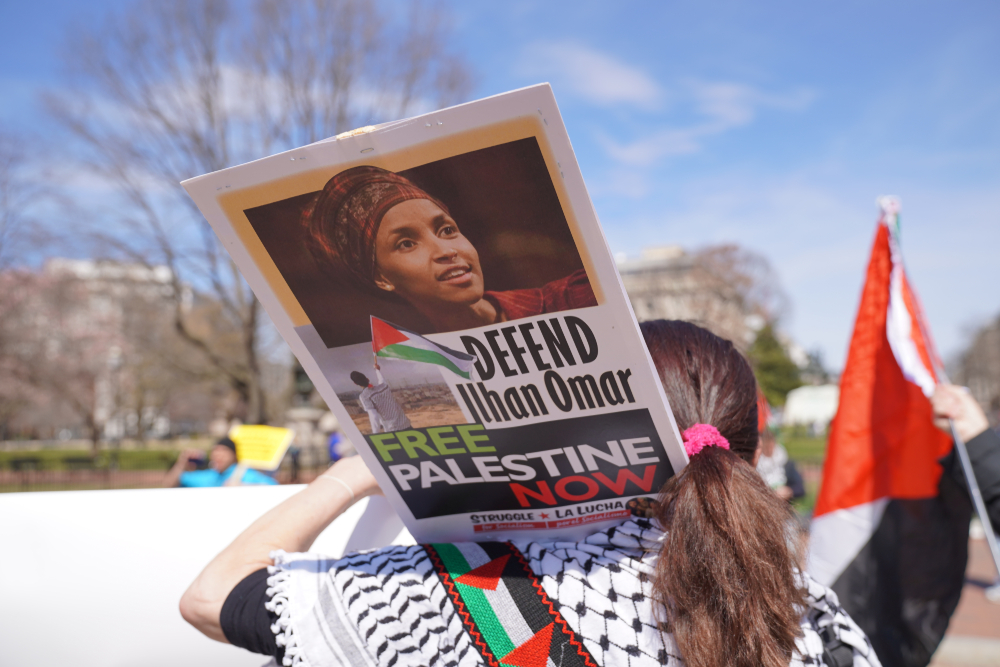 Last week, freshmen Congresswomen Rashida Tlaib and Ilhan Omar were at it again making a splash in the world of racism and controversy.

After months of trash-talking Israel and its community, these two Democrats had planned a trip to visit Palestinian territories. That was until Israel rightfully banned them from entering the country.

Even worse, The Daily Caller reported, Tlaib and Omar’s trip was sponsored by a Palestinian-based organization whose members have expressed sympathy for Palestinian suicide bombers and support the anti-Israel BDS movement.

Yet after this information surfaced, Tlaib in particular was enraged by their ban from the country even after they’ve screamed about boycotting it.

According to the report, the Israeli government announced it would not allow either of the two Democratic Congresswomen to cross their borders, especially in light of their support of the Boycott, Divestment and Sanctions movement. Israeli law states anyone who supports the movement can and will be banned from entering the country.

Israeli Deputy Foreign Minister Tzipi Hotovely told Israel’s Radio, “the decision has been made, the decision is not to allow them to enter.”

And that’s probably for the best considering Tlaib was planning on travelling on a terrorist-linked groups agenda.

The Palestinian Initiative for the Promotion of Global Dialogue & Democracy, also known as Miftah, bills itself as a peaceful organization dedicated to promoting Palestine’s democratic institutions, but for years has reportedly carried strong ties to terrorist sympathizers.

For instance, according to The Daily Caller, Hanan Ashrawi, founder and chair of Miftah board of directors, brushed off Palestinian terrorist attacks during a January 2017 interview and stated, “seen by the people as resistance. And you cannot somehow adopt the language of either the international community or the occupier by describing anybody who resists as terrorists.”

“The itinerary of the two Congresswomen reveals that the sole purpose of their visit it to harm Israel and increase incitement against it… In addition, the organization that is funding their trip if Miftah, which is an avid supporter of BDS, and among whose members are those who have expressed support for terrorism against Israel,” explained the prime minister.