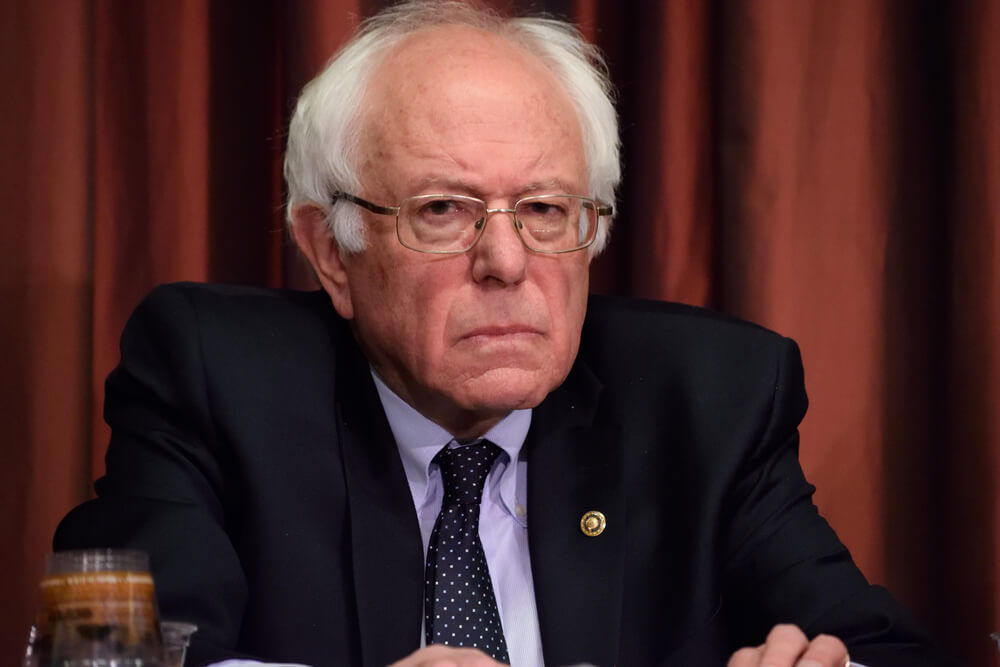 Bernie Sanders loves to portray himself as a “different” kind of politician.

His loyal army of socialist minions are convinced he’s just an Average Joe that sticks up for the morals and values of the middle class, and decries the excesses of the wealthy.

But what Sanders doesn’t want you (or his progressive army) to know is that he will do anything to advance his socialist agenda… and he’ll throw away any semblance of values to do it.

Need proof? Just check out what CNN reported over the weekend.

According to a CNN report, in two separate exchanges during a town hall in Las Vegas on Saturday, Sanders was asked how he would distinguish between sex work and sex trafficking, an issue of particular relevance to people in Las Vegas. But Sanders could not give a clear answer.

Why in the world is Sanders even talking about such despicable behavior?!

Well, in typical Sanders fashion… there’s a tie into his socialist agenda. And even CNN couldn’t hide this story.

During the town hall, a woman who said she had been a supporter of Sanders from the beginning, but wanted to know how he would proceed without conflating the two terms, and what he would do about the House and Senate bills, together known as FOSTA-SESTA, that were designed to reduce sex trafficking, but have in turn made it harder for sex workers to stay on the job.

"We're going to take a hard look at it, but we're not going to give you a definitive answer now," Sanders said in response.

While making clear that he did not want an increase in sex trafficking, Sanders added, "It's a complicated issue, but there are two sides to it, and I promise you we will take a hard look at it."

Later in the event, another person forced Sanders to address the fact that he did not give a direct answer when asked how he would handle the issue the first time.

"One of the questions that was just asked you deferred from," the man in the audience said. "This is a state that has a lot of sex work and we need you to lead, and we need everyone in this room to think about how we use these terms because being able to say sex trafficking and combine that with sex work is immoral."

When it benefits Sanders, he has no problem standing up for “morals.” But if he can’t defend it with his socialist agenda, he suddenly becomes silent.